The Skybridges Symposium is kindly sponsored by thyssenkrupp Elevator, one of the world’s leading vertical transportation suppliers. Through their dedicated R&D initiatives exploring new and innovative technologies for tall buildings, thyssenkrupp is turning the page on single-shaft vertical transportation systems of the past. In 2014, the company unveiled a rope-less elevator system called MULTI, where multiple elevator cars use the same shafts and are able to change seamlessly from vertical to horizontal travel. The system would thus have multiple, independent elevator cars circulating safely in multiple shafts (loops), propelled by linear motors. One of the potentials of such a system is the prospect of horizontal connections between buildings that not only accommodate amenities, foot connections, and building services, but mechanical transportation systems that utilize skybridges as transition points between buildings, among numerous other possibilities. The company has supported the Skybridges Symposium in conjunction with the CTBUH to explore how skybridges might change how we design, engineer, and operate not only tall buildings, but entire cities. 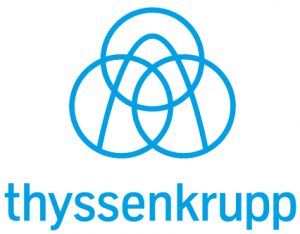