First modern skyscraper in the heart of the newly established republic. 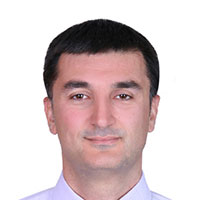