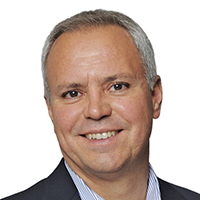 Lee House (1928-31), Manchester, England, designed by Harry S. Fairhurst and Son for Tootal Broadhurst Lee, was the first skyscraper textile warehouse. Although only part-realised the scheme for this seventeen-storey building deviated from its highly-functional typology and significantly exceeded accepted building heights in England. If completed would have been one of the tallest buildings in the country at that time. An expression of prosperity and designed for an American client, the design exploited and applied skeletal construction to the Manchester textile warehouse, a dominant building type established in the city from the 1880s. Its elevational expression is significant as, on the street elevations it deviated from the accepted Palazzo model and at the rear it progressed the functional expression and requirement to maximise light into the building. The scheme emerged as a result of the trans-Atlantic exchange of technological advancements and construction material developments that had evolved over the previous sixty years through the industrial revolution. As well as focusing on Lee House, this presentation will note other key British buildings such as Oriel Chambers (1864-5), Liverpool, by Peter Ellis (1804-84), that deviate from solid wall construction and playfully express their framed construction. Lee House’s approval for construction during the late 1920s by Manchester City Council reflects the protracted acceptance and debate surrounding tall buildings in England due to strict building height restrictions. The British and local press' portrayal of America’s skyscrapers and the hesitant adoption of their example in England will be outlined, culminating in a summary of master-plans for areas of tall buildings in provincial cities, outside London.