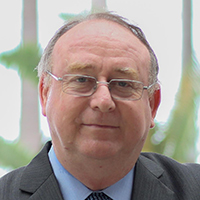 The First Skyscraper
Genesis, the first book of the Bible, describes the building of a skyscraper as the first communal act of mankind. After the Great Flood, when the survivors were organizing themselves as a society, they undertook the building of a great tower. "Come let us build us a city and a tower, with its top in heaven". This etiological story is an attempt to explain the geographic dispersion and linguistic diversity of a single family or tribe. It is one of the most famous stories in the Bible.
Some scholars contend that the building described in Genesis is a ziggurat, or stone structure, translated from the Akkadian as "rising building". It is thought to be one of a number of temple towers built in various Mesopotamian cities. The ziggurat of Genesis has been identified with actual sites in Babylon, while other scholars believe these sites served merely as the inspiration for the biblical story. The Bible posits that building a skyscraper is an urban phenomenon and that the technological innovation of manufacturing bricks was a necessary condition.
This presentation considers the ancient Tower of Babel as a case study of mankind confronting the challenges of civilization and urbanization. It examines how this story has been interpreted to understand the motivations for building skyscrapers, the difficulties encountered, and the dangers inherent in a major social and engineering endeavor. Foremost is the issue of humanity's need to distinguish itself and to conquer the heavens. In addition, it discusses the symbolism of this architectural undertaking. Other themes are man's presumption and pride, and the use of local building materials and technology as an enabler of building tall. The presentation concludes that the historical motivations in the Genesis story continue to be relevant to the construction of tall structures today.