First and Firsts: From Chicago to Near East and Asia 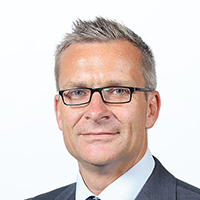 The Home Insurance Building is the first skyscraper, conventional knowledge tells us. What then if someone across the globe comes and says, "I choose the newest skyscrapers first," wouldn't such choice do justice to a modern-day perspective? There are firsts and firsts because language and culture evolve just like technology does. When the first search for the first skyscraper was at its first peak in the first part of the 20th century, the architectural historian Thomas Tallmadge looked not only for evidence in favor of a building in his hometown, but also for a neat definition that cut the Gordian knot of technological and cultural evolution. Tallmadge had already redefined the term Chicago school in 1908. Alas, his definitions of both Chicago school and skyscraper have meanwhile been challenged. The evaluation of historical skyscrapers in the 21st century is ripe for new approaches because narrow definitions of the terms "first" and "skyscraper" lead at best to the exclusion of many nuances in the history and the evolution of skyscrapers. To understand history, one must begin by accepting that historical skyscrapers cannot be dissociated from the cultural context that gives them their ever changing significance. Because history is changing in ways nobody can predict, the definition of "first skyscraper" must be equally dynamic. Calling a building first skyscraper is a cultural act that depends on the viewer's subjectivity, context, and bias. The first skyscraper is a title that is repeatedly renegotiated by entire groups of people. From this relativist point of view, the first skyscrapers and their significance have a history that is more convoluted and maybe also more fascinating than many scholars and aficionados have previously dared to admit. The first skyscraper is no building, then; it is an evolving public discourse around many historical buildings and their modern-day counterparts.