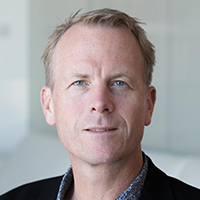 The need of a preliminary assessment of free vibrations in high-rise buildings in the phase of conceptual design is essential, being these structures usually subjected to dynamic actions due to wind or earthquake. It is well-known that vibrations are of interest for the structural design, especially, for the living comfort of the occupants.
In this presentation, an original semi-analytical formulation for the evaluation of the free vibrations of a three-dimensional tall building is proposed.
Such approach is based on the hypothesis of in-plane infinitely rigid floors which assures the connection between the vertical bracings and, consequently, reduces the number of degrees of freedom being only three for each level. The mass considered in the dynamic analysis is concentrated in the building floors, whereas the one related to the vertical bracings is assumed negligible. The elements that compose the entire structure implemented in the algorithm are represented by shear walls, frames, braced frames, and thin-walled open-section profiles, whose stiffening contribution is evaluated according to Vlasov’s theory of sectorial areas. In this case, the coupling between flexural and torsional behaviour is taken into account.
This approach shows some advantages if compared to other methods: first of all, the formulation is extremely clear and concise; furthermore, it allows to model the resistant core as a three-dimensional body, avoiding to reduce it to a mere plane problem; finally, the number of nodes is reduced to only floor displacements and rotations, guaranteeing very short times of modeling and analysis, if compared to those of finite element programs.