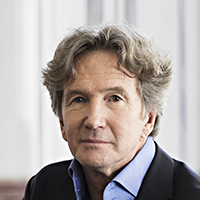 As urban populations in Australia and around the world grow larger and older, it is more important than ever that careful consideration be given to developing and testing new urban strategies that enable people at all stages of their life to remain engaged, productive and proactive members of society. Globally, examples of vertical, mixed-use precincts which take on a "whole community" approach are emerging and include socially sustainable, high-density housing for diverse age groups (including the aging). Conceived as part of a broader network of residential and employment centers, these developments are located near mass transport and other key services such as schools and health care facilities.

In Australia, vertical projects which focus on the immediate housing needs of the aging are examined in detail. To supplement real-world case studies, this presentation showcases the recent work of an academic studio convened at the University of New South Wales, the Vertical Australian School. It empowers students with an opportunity to unlock the potential of schools, combining programmatic functions such as housing for the elderly which were not normally associated with traditional education uses. By encouraging cross-pollination of building typologies and functions, students were challenged to question the traditional role of school and redefine its broader role as a social hub, bridging the gap between generations to enable a more inclusive community within a highly urbanized center. Such innovative mixed-use thinking, through the embrace of traditional horizontal functions in a vertical realm, will be key to realizing the true potential of cities in next 50 years if they are to become more than high-rise realms of offices, apartments and hotels.