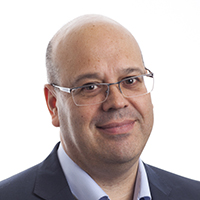 In this contribution the structural behaviour of high-rise buildings subjected to transversal loads expressed in terms of shears and torsional moments is addressed.
This type of structures today are usually calculated by time-consuming finite element model (FEM) softwares.
To simplify the preliminarly phases of design and optimize the calculation times, a more general semi-analytical approach, called General Algorithm, is presented. It concerns a three-dimensional method, in which only three degrees of freedom per storey are taken into account. This method allows to study, at the same time, the bending and the torsional behaviour of the whole structure and of each component elements. The formulation, implemented in a numerical code that also considers the Timoshenko-Vlasov’s theory, encompasses any type of bracings including closed and open thin-walled shear-walls, tube or diagrid systems, frames, outrigger and unconventionally shaped structures (tapered and twisted bracings).
This semi-analytical approach provides the following benefits: firstly, the load distribution matrix, which defines the amount of external force absorbed by each structural element according to its own stiffness and position in the building plan, can be evaluated; secondly, an easy identification of the structural geometrical and mechanical parameters on which the horizontal behaviour of the building depends can be performed; finally, the formulation proves to be extremely clear and concise, limiting in this way the risk of unexpected errors and guaranteeing, in presence of very complex structures, very short times of modeling and analysis, if compared to FEM programs.